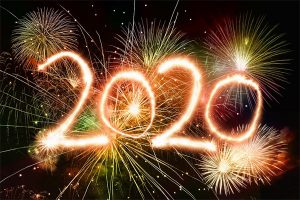 Happy New Year to all our guests past, present and future from us all at Great Betley Farmhouse! It’s been a bit of a roller coaster in 2019 but largely good and positive. And we’re looking forward to the new year and new decade.

This time between Christmas and New Year is always a bit of a limbo zone for me. I love the festive season although I don’t these days stay up to see in the New Year. Part of me wants to hold onto Christmas for a while longer. The decorations will stay up until 12th Night, but the festive songs on the radio have finished, which I dislike. The build up starts weeks before the 25th December but it all seems to finish abruptly at midnight on the 25th! Another part of me is itching for everything to get back to normal. I am eager to press ahead with my plans for the coming year.

A quiet month business wise but in the New Year we had some proper winter weather.

February saw some improvements being made to the facilities in the house. So I channelled my inner Angel (Escape To The Chateau) and made some Art Deco mirrors.

The first bit of tree work started to tidy things up a bit.

Sometimes life here is less than glamorous for me. I am, through necessity, pretty good at fixing things. And I have a rather better working knowledge of the house drainage system than I would like! You know you’re a grown up when you have your own drain rods. Like I said, slightly less than glam.

Some things I’m not capable of doing so am happy to get someone else in to do them. Actually, if I had a tractor and a flail I could do the fields……

April also saw my first equine guests who were riding the Downs Link. A temporary paddock was put up a few days before they arrived, and removed a few days afterwards. The weather was chilly but they enjoyed themselves!

I spent many sleepless nights worrying about the state of my driveway. However, it was finished just in time for the Venue Launch Open Day. You can see more photos of the Open Day here. It was a lovely day, despite the weather, and the marquee was full of great suppliers.

The ducks kept leaving their eggs all over the place. Sadly a combination of pretty useless parenting skills and predators meant that we didn’t manage to increase the duck population. If they’d been human they’d have been on the at risk register! We did have two ducklings, however the magpies had those.

In June my mother fell downstairs and ended up in hospital for nearly two weeks. She’d kill me if I posted a photo here, but she did go through a tough time. Thankfully she’s recovered now, but I had to close the house off whilst she was in hospital so that I could be with her.

There were lots of owls about hunting during the first few months of the year. This made me think that we would have a good crop of owlets again (five last year). However, unfortunately there was only one owlet that hatched, although there was another egg in the breeding box. It’s thought that it may have been a young pair of owls who were not experienced.

A very nasty bout of sciatica had me barely able to stand and walk. Not ideal when your spend your days running around changing beds etc! However, a regular guest put me onto CBD oil which was amazing to help with the pain management. Also a couple of months of weekly treatments with a great physio helped to sort it out.

About six years ago Betsie had to have an eye removed as it was damaged. This year I noticed that she was bumping into things and suspected that the sight in her remaining eye had deteriorated. A trip to a specialist optical vet in Hampshire confirmed this. She still manages ok, but bumps are an everyday occurrence now.

This year again we have had some lovely guests who have enjoyed staying here. One couple even left a beautiful note for me!

Reviews are the lifeblood of any business, and it’s lovely to get so many positive comments.

I managed my first holiday in over two years – and it was long overdue! This year I have learned that I have to look after myself. I am better now at scheduling time off – and not feeling guilty for it.

On my return from holiday more tree clearance work was done around the pond. Turns out it’s about twice the size I thought it was. And I have seen the far end for the first time in 12 years! The chippings this time (3 truck loads – which is a lot!) were spread on the bank that goes from the lawn to the field. It had been covered in stingers and rubbish so weed control matting was laid first. I wanted to make it into a wild flower bank, but apparently the soil is too rich on the bank. But now with the matting and the bark chippings all sorts of things are happily being replanted there. What is a weed on the driveway becomes a flower when repositioned.

In October I met up with Nicki from Nicki Komowowski Photography to discuss and start planning a styled shoot here in November.

Also started soaking the fruit in a bottle of Port for the Christmas Cakes – yes, a whole bottle! And making the Sloe Gin.

Sadly the planned November styled shoot didn’t go ahead. It started raining around the middle of September and carried on raining incessantly. We were able to get the concrete channel laid ready for new railings to be fixed to. However, the pond overflowed up to the buildings we wanted to use for the shoot. Another one is being planned for next Spring/Summer though.

Workshops started here in November too, with Amanda Jane Flowers leading the making. Festive refreshments were provided by me – and a great fun, and at times raucous, time was had!

More workshops are planned for the New Year, starting with Truffle Making  with The Truffle Witch just in time for Valentine’s Day and Mother’s Day. Keep an eye on the Workshops page for more events in 2020.

Bingo had a funny turn in November and was diagnosed with Horner’s Syndrome. He’s made a swift recovery thankfully after being looked after by Hawthorn Vets. Their sparkly new premises in the old Barclays Bank building on Henfield High Street was opened by local author Peter James. His Roy Grace detective series is fabulous, and the detective lives in Henfield. Pretty certain he lives in my house too from the description of his drive home!

To round off the year we held more workshops here with Amanda Jane Flowers – Festive Wreaths and Hostess Gift Bouquets were made.

And it rained some more. And then some! Pretty sure the reservoirs must be full by now. Unfortunately the overflow ditch that takes excess water from the pond to the Brooks is currently higher than the other side of the pond. The rain had started before machinery could be brought in to do essential work. So now we wait for it all to dry out again! Come the Spring we’ll be able to get the work done, but in the meantime it’s a fairly soggy mess.

But whilst the weather has been frightful, inside it’s been delightful! I have had guests in over Christmas and New Year which has been great fun. And means that I haven’t actually eaten a whole Christmas cake as I have been frantically giving it away to guests!

Into the New Year 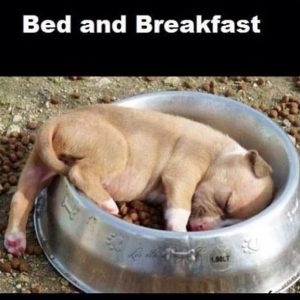 So as we say goodbye to 2019 and hello to 2020, I’m looking forward to welcoming lots more guests. And to another jam packed year here at the farm. Happy New Year everyone!